Because of a myriad of factors such as a growing mobile workforce, the acceleration of digital technology, and speedier internet connection, deploying freelancers or remote workers is becoming more acceptable. Not only are overhead expenses reduced, but companies can also have a pick of the most qualified, most motivated talents from all over the world. Freelancers might have gotten a bad rep the past years because of the perception that they jump from stint to stint but most of them do sharpen their skills and remain competitive. That’s because they want to keep getting one project after another. This behavior can only be advantageous to business owners and companies.

But the question now arises:  which freelance websites can the best of these talents be outsourced? What was the status of the freelance platforms as far as these remote staffs are concerned? And how good are these freelance sites? A business owner will always look, not just at the talent database, but at factors that contribute to business longevity, such as the rate by which these platforms employ talent, the extent of their growth in their markets, and their standing among their competitors.

A quick search engine look will show that three organizations dominated the freelance industry:  Upwork, Guru, and Freelancer. Depending on the source that you are looking at, their rankings can differ, with Upwork being #1 in the list of the most popular freelancer sites, but appearing as #2 in a couple. What’s consistent is that all three all appear in the top three rankings.

Upwork claims to lord it among the category of platforms for freelancers, and a few stats do bear this out. It has 1.5 million paying clients who contract 14 million outsourced talents from 180 countries. This mobile workforce covers an entire range of categories: web design and development, creative services, IT and other tech applications, administrative and data entry, marketing and sales professionals, and accountants. What makes Upwork more reliable than most is its foundation: it is actually the result of a merger with the two leading freelancer platforms in the early 2000s: namely, oDesk and eLance. Their combined assets — resources, skill set of talents, talent database, and regular paying clients —  ensure that it will have a long lifespan.

Guru is actually older and has been around longer than Upwork and the other sites, that’s why it still counts as a leader among the best freelance platforms way back in 2018. It has about three million registered freelancers and claims to have one million projects completed since it started 20 years ago. Many of its client companies who had started with it have stayed with Guru and give it repeat business. The jobs it advertises are similar to others on the market, such as web design, IT, editorial services, creative services, administrative and virtual assistance, and business and finance. Its unique positioning is its proven record of linking freelancers and companies for over two decades. Business owners still warming up to the idea of hiring remote staff might warm up to Guru.

Freelance platforms may have a long-standing future ahead of them but now arises companies who have outgrown the freelance model and made it even better. One company called HOPLA is a managed outsourcing company who has combined the best practices of BPO companies and freelance platforms. This practice which is something to look out for in 2019 is called Distributed Outsourcing wherein you can outsource talents to industry experts, be located in offshore countries to save cost, but unlike BPO companies allows you to start as small as having one employee under your belt. This employee unlike freelancers who lack dedication and always on the lookout for self-preservation would be your dedicated remote professional meaning they are focused on growing with your business with you. Companies such as HOPLA also offer constant management support and tools that make remote working as transparent, convenient, and productive than ever before. Communication, collaboration, time-tracking, task management, and automation tools are just one of the many parts of the package when you venture with a managed or distributed outsourcing company.

Then there’s the aptly named Freelancer.com. It does pose a challenge to Upwork’s claim. The website claims that since it launched from Australia in 2009, Freelancer.com has attracted 31 million qualified freelancers to sign up for membership. It also assures business owners that they pay their contracted workers only after the job is done, and only after they have expressed satisfaction with it.

All these freelance platforms 2018 do charge business owners a fee for site registration and membership which provides job ads and customer and technical services. Upwork gives you two options: a  flat monthly fee of $25 or 2.75 percent transaction fee for every job posted. Freelancer’s fee is the highest of the three at 3 percent, while Guru is the lowest at 2.5 percent.

All studies and data point out that these three sites will remain competitive and continue to attract both professionals and companies. Forbes has forecasted that the gig economy will flourish and freelancers will become more in demand. Right now, they comprise 36 percent of the U.S. workforce. By the year 2027, they will outnumber the non-freelance professionals by three million.

Whether it is through freelancing or managed outsourcing, it is indicative that we are indeed paving the way for the rampant growth of remote working globally. As each of us becomes a citizen not only of our own country but of the world, we must all share the same passion for pioneering freedom and equal opportunities especially for qualified talents regardless of their geographic location, physical capability or personal responsibilities. 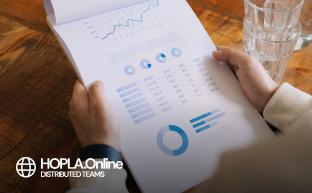 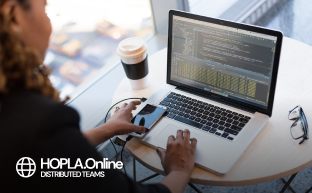 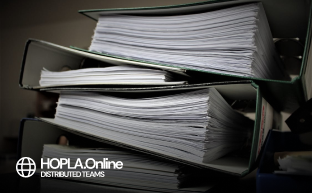 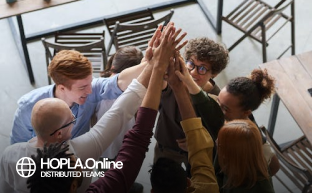 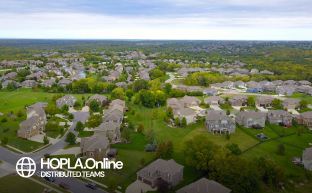